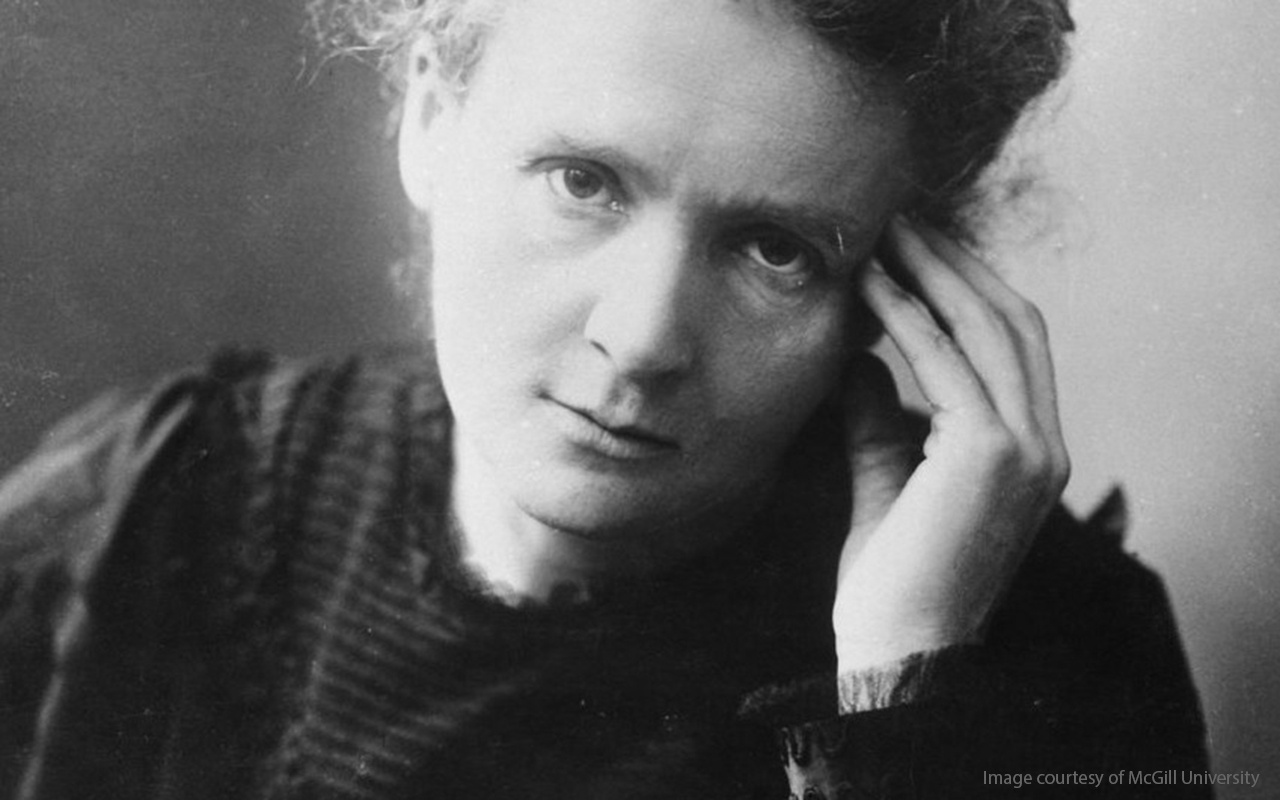 “Nothing in life is to be feared, it is only to be understood. Now is the time to understand more, so that we may fear less.”

At a time when the very idea of women in science drew scorn and condemnation, Marie Skłodowska Curie never lost her desire to understand the natural world around her. She marched at the forefront of chemistry and physics in her time, coining the term “radioactivity” and establishing the basic theories that govern the field to this day.

The work she conducted — both alone and alongside her husband, Pierre Curie — eventually earned praise from the scientific community that shunned her as a young woman. She became the first member of an eminent group of double-Nobel Prize-winning scientists, capturing the 1903 Nobel Prize in Physics and the 1911 Nobel Prize in Chemistry.

Maria Salomea Skłodowska was born in Warsaw, Poland on November 7, 1867. She was a top student in secondary school but was not allowed to attend the male-only universities in the Kingdom of Poland, which was under Russian control at the time. She instead continued her education in Warsaw's "floating university," a set of underground, informal classes held in secret. In 1891, Marie was able to continue her studies at the Sorbonne in Paris, France where she obtained degrees in Physics and the Mathematical Sciences. Here, Marie met Pierre Curie, professor in the School of Physics. They married in 1895.

Having been denied a teaching position in Poland, Marie conducted much of her groundbreaking research in a shed behind the School of Physics and Chemistry at the École Normale Supérieure, a French institute of higher education where she would go on to become the first female faculty member. Through the recent discovery of X-rays, the Curies were able to identify two new elements, polonium (named for her native country) and radium (for the Latin word for “ray”), which they detected in samples of pitchblende and torbernite, both uranium-containing minerals. Unaware of the damaging health effects of the compounds they were studying, they conducted nearly all of their work without the protection of safety equipment.

The discovery and study of radiation won the Curies the Noble Prize in Physics in 1903, alongside Henri Becquerel, who was one of the first scientists to record evidence of radioactivity. The award was originally intended for Pierre and Becquerel alone, but when Pierre heard from one of the committee members of this plan, he protested and insisted that Marie was added to the award.  That same year, she was awarded a doctorate degree from the University of Paris, making her the first woman in Europe to do so.

Despite several setbacks and roadblocks in her career advancement because of her gender, Marie’s work with radiation was widely recognized by the scientific community. After Pierre’s death in 1906 following a streetcar accident, Marie focused her efforts on establishing a research institute in his memory, the Radium Institute. Its opening had to be delayed due to the start of World War I in 1914. During this time, Marie focused on supporting France’s military by setting up the first military radiology centers. Known as “petites Curies,” Marie equipped 20 vehicles with mobile X-ray apparatuses to help the wounded on the battle-front.

In 1911, she received the Nobel Prize in Chemistry "in recognition of her services to the advancement of chemistry by the discovery of the elements radium and polonium, by the isolation of radium and the study of the nature and compounds of this remarkable element." Because of her husband’s death years earlier, she was the sole recipient of the prize. (Nobel Prizes are not awarded posthumously.)

Marie continued her work after the war and continued to receive honors and recognition, though Albert Einstein was quoted as saying that she was one of the only people who such fame could not corrupt. On July 4, 1934, Marie Curie died from aplastic anemia caused by exposure to ionizing radiation. Today, the international standard for radioactive emissions, which she defined, is the “curie” in her honor, and numerous awards and institutes bear her name, including the Maria Skłodowska-Curie Institute of Oncology in Warsaw and the Institut Curie in Paris.