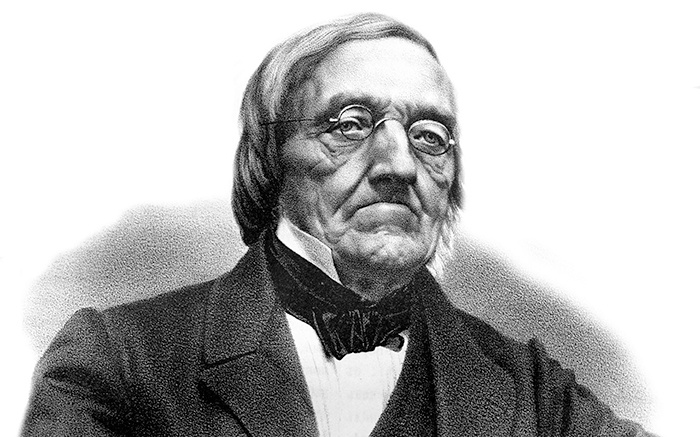 This profile appears as part of our ongoing Scientific Journeys series. To view the entire timeline, read the profiles, and view related products, click here.

Karl Ernst von Baer was an Estonian embryologist and researcher most remembered for his contributions to the field of mammalian development in the early 19th century.

Born in February 1792 in Piep, Estonia, von Baer studied in zoology, botany, physics, and medicine. He was a student at the Estonian University of Dorpat (now the University of Tartu) from 1810 to 1814, under the guidance of Karl Friedrich Burdach, a distinguished physiologist of the day. He graduated with a medical degree and moved to Berlin to continue his work under Ignaz Dollinger, another notable physiologist.

After traveling between institutions in Germany and Vienna to finish his education, he eventually moved to the University of Konigsberg in Germany and earned professorships in Anatomy and Zoology, again under the guidance of Burdach.

Von Baer was part of a group of scientists called epigenisists who believed that animals develop from simple material into complex organisms during ontogeny. This work directly contradicted the theories of another group of scientists known as the preformationists, who believed that all the complexity existed even during early embryonic development and that the only change was an increase in size.

Baer sought to answer fundamental questions of species development, such as why human and chick embryos resemble each other or why some mammalian embryos have structures resembling fish gills. Perhaps his most significant contribution to the field came in 1928 while at Konigsberg. There, based on his previous work with chicks, dogs, and other animals, he defined a set of rules describing embryonic development among different species.

Von Baer described how he believed animals develop during the embryonic stage. His “laws” went as follows:

In at least one notebook, von Baer illustrated a developmental tree of evolution, in which embryos split from an evolutionary “trunk” to form distinct species over the course of their development. (And this came decades before the Charles Darwin’s publication of his seminal work, On the Origin of Species.)

While he would not go so far as to suggest that all species evolved from a common ancestor, he acknowledged the fluidity of species even over a short timespan (i.e., centuries) and supported the concept that species might “transform” over generations. In a posthumously published review of Darwin’s theory, Baer accepts certain claims made by Darwin, though he conspicuously refuses to use the term “evolution” in his discussion. This refusal — along with questions Baer presented over the lack of empirical evidence for Darwin’s theory — has led many historians to group him with the prominent anti-Darwinism cohort of his day.

In addition to his laws, Baer was one of the first scientists to describe spermatozoa, which he initially believed to be parasites. He made other significant advances that would lay the groundwork for the field of modern developmental biology.

Around 1834, Baer took a professorship in St. Petersburg as a member of the Academy of Sciences, and he would study there for over three decades before concluding his career. He eventually returned to Dorpat, where he died in November 1876. Today, there is a monument in his honor in the city of Tortu, near the university where he began his studies.