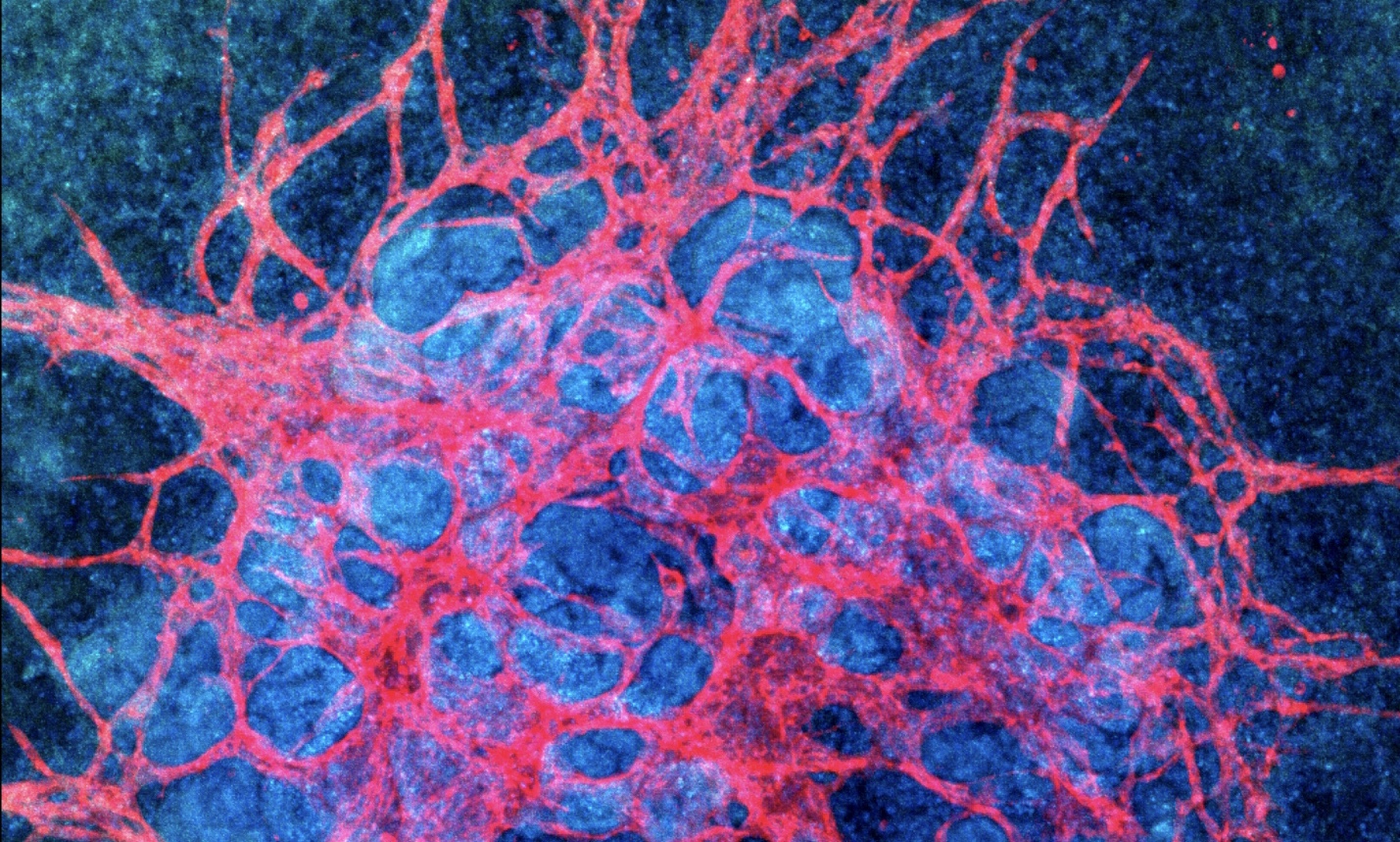 Growing with the Flow: New Method for Kidney Organoid Vascularization

Organoids are 3D cell culture models designed to have characteristic organ structure and function. These mini organs play an expanding role in biomedical research as they become more sophisticated approximations of human organs. Researchers strive to identify the ideal culture conditions to encourage organoids to form the cell types and structures integral to organ function.

The research team began by testing an adherent extracellular matrix for kidney organoid culture. An extracellular matrix was placed in the bottom of the chip for the growing organoids to adhere to as fluid flows over their surface. Even before applying any flow, an increase in the vascular marker, PECAM1, was seen in organoids growing in the extra cellular matrix. Using specialized 3D printed millifluidic chips, the researchers were able to apply flow over the organoids. Static, low flow and high flow conditions were tested. Increasing the flow drastically increased PECAM1 expressing vasculature. Organoids cultured under high flow conditions have five times more vessels than those cultured under low flow conditions, demonstrating that application of flow over kidney organoids creates vascularization.

After demonstrating that flow could create vasculature in kidney organoids, the team went on to characterize the development of this vasculature as well as the kidney organoid structures grown under fluidic shear stress. Markers of blood vessel development including FLK1 measured by FACs with Alexa Fluor® 555 labeled FLK1 antibody were used to show that more endothelial cell progenitors, which eventually give rise to mature endothelial cells are produced under high flow conditions. The gene expression profiles of the developing kidney organoids were also analyzed. While organoids produced under low flow conditions had expression profiles similar to immature kidneys, organoids exposed to high flow had characteristics of more mature kidneys including increased expression of ciliary genes and adult transcription factors. In static culture, kidney organoids do not develop vasculature around glomeruli (the filtering unit of the kidney). Glomerular vascularization could be observed in kidney organoids grown under flow. Additionally, the formation of this vascularization was very similar to that seen in kidney development, underscoring the utility of kidney organoids in studying kidney development.

Flow mediated vasculature development represents a significant advance in kidney organoid culture. As these methods continue to evolve and develop the capability to model filtration, one can imagine potential applications such as creating kidney disease models, testing novel treatments for kidney disease and to generation of kidney tissue for transplantation.

Allison Clark, PhD, is a scientist working in the Boston area. Her research is focused on cancer biology and genetics.