Alzheimer’s disease (AD) is a slowly progressive neurodegenerative disease that currently lacks effective treatment. The first manifest pathology is the accumulation of 42 amino acid-long amyloid β (Aβ) protein in extracellular plaques in the brain, occurring decades before clinical onset. Biomarker studies suggest that Aβ accumulation is followed by synaptic dysfunction and increased phosphorylation and secretion of tau, a microtubule-binding axonal protein that is highly expressed in cortical neurons. This dysfunctional tau metabolism places neurons at increased risk of degeneration with the development of intraneuronal neurofibrillary tangles that are composed of hyperphosphorylated and truncated tau proteins. Neurodegeneration eventually translates into the AD clinical syndrome, with cognitive symptoms that worsen as the disease progresses. This is the so-called amyloid cascade hypothesis and the most common account of the pathophysiological cascade in AD, which has been largely validated in familial forms of the disease that are caused by mutations in genes encoding Aβ turnover-related proteins. 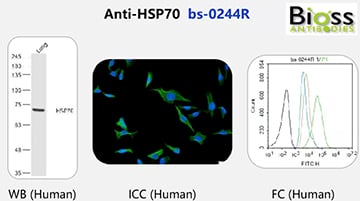 The age-related sporadic AD (the more common form of the disease) appears to be characterized by a more complex interplay between Aβ aggregation, vascular changes, microglial and astrocytic activation, other pathologies (e.g., neuronal α-synuclein and TDP-43 inclusions), genetic susceptibility (with the ε4 allele of the apolipoprotein E [APOE] gene being the most potent risk factor) and factors that impact brain health in development and aging potentially influencing resilience to AD pathology. It has become increasingly clear that the success of future AD trials will require the incorporation of biomarkers in participant selection, prognostication, monitoring disease progression, and assessing response to treatments. Therefore, the National Institute of Aging- Alzheimer’s Association (NIA-AA) Work Group emphasizes the importance of incorporating biomarkers in AD research and defines AD as a biological construct consisting of amyloid, tau, and neurodegeneration which spans pre-symptomatic and symptomatic stages.

Biomarkers offer valuable tools to measure and track different disease mechanisms, cellular alterations, and disturbances in pathways “in vivo” and pave the way for discovering novel drug targets. Over the last decade, biomarkers of amyloid, tau, neuronal, synaptic, and axonal injury, inflammation, and immune dysregulation, have significantly improved our understanding of the complex pathophysiology of AD, which has culminated in a modified research definition of the disease. However, further research is needed to identify biomarkers that reflect mitochondrial dysfunction, vascular disease, and calcium-mediated excitotoxicity in AD, and to standardize biomarker assessments across different laboratories. Personalized biomarker-based medicine paradigms are the future of drug discovery and will be an important leap towards finding a cure for individuals with AD and other disorders across the neurodegenerative spectrum. In conclusion, novel biomarker discovery is always at the frontier of AD research and searching for an AD cure.