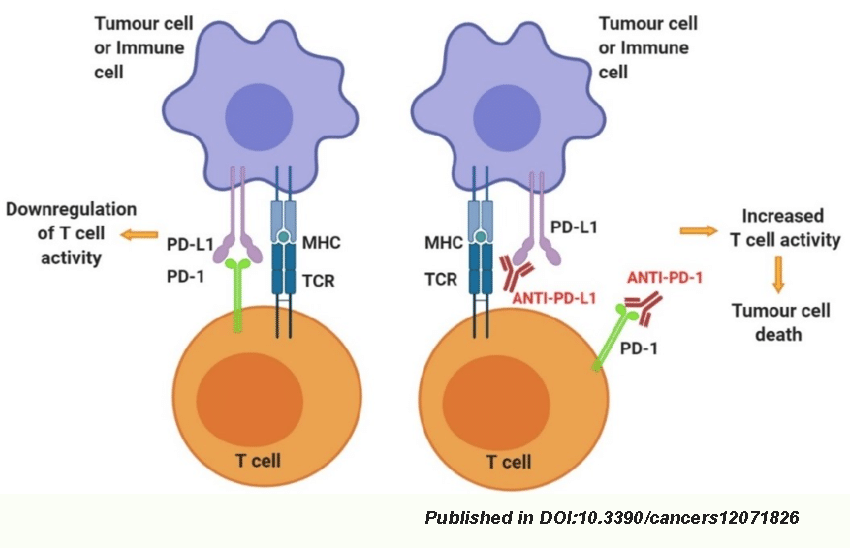 There is no doubt that PD-1 /PD-L1 inhibitors are a true breakthrough in the fight against cancer. The safety and efficacy of this practice have been fully verified. To date, hundreds of thousands of patients around the world have benefited from it. Studies have revealed that anti-PD-1/PD-L1 treatment dramatically prolonged the survival time of cancer patients. Compared to conventional therapy, the five-year survival rate of late-stage lung cancer patients treated with PD-1/PD-L1 inhibitors increased from 4% to 16%. Similarly, anti-PD-1/PD-L1 therapy made a 2-fold increase in the five-year survival rate in patients with late-stage melanoma, from 16% to 34%. Such clinical data was never imagined before in cancer treatment history. Hence, the anti-PD-1/PD-L1 practice has been considered a magic anti-cancer therapy. 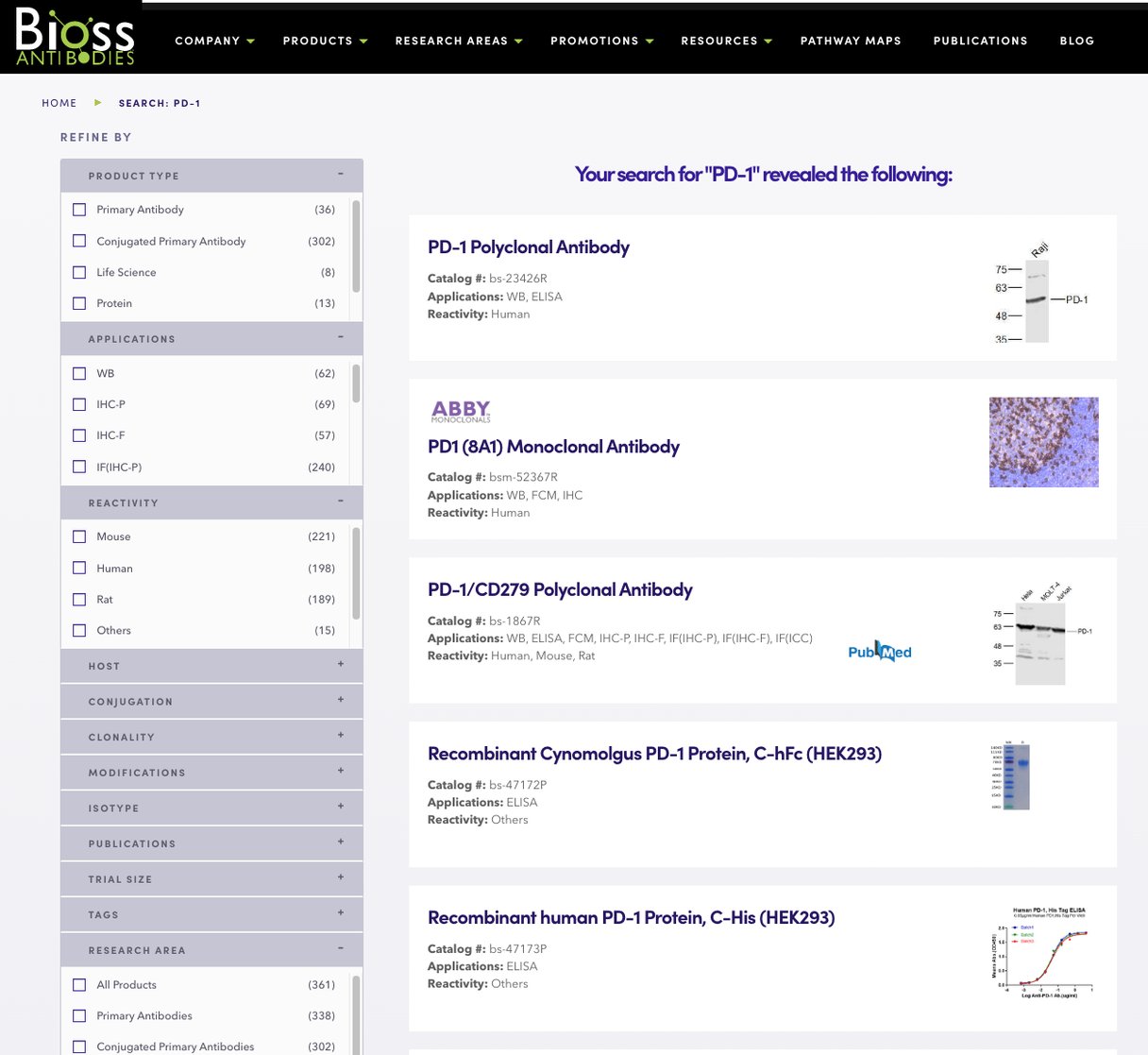 For patients with advanced lung cancer, if the determined oncogenic drivers are EGFR mutation and ALK translocation, the conventional treatment uses target-specific therapeutic agents, such as Iressa/Tarceva/9291 or Crizotinib/Ceritinib, which have been approved. With the wide application of PD-1/PD-L1 inhibitors, people also wondered if anti-PD-1/PD-L1 therapy would be the doctor’s second choice. Unfortunately, many clinical trials have found that for lung cancer patients with EGFR mutations, PD-1/PD-L1 inhibitor treatment did not show reasonable effectiveness and even showed a progression risk. Researchers at the Massachusetts General Hospital performed a retrospective study. They reported that 28 non-small cell lung cancer (NSCLC) patients (including 22 EGFR mutation and 6 ALK rearrangement) utilized PD-1 antibody for treatment, and only one patient showed a positive response. Some other clinical studies indicated that treating PD-1/PD-L1 inhibitors in combination with target-specific therapeutic agents for NSCLC patients might trigger severe side effects, even death. For instance, a report mentioned that crizotinib, combined with PD-1 inhibitors for 13 ALK rearrangement patients, led to two deaths. Five other patients showed severe side effects, including interstitial pneumonia and immune pneumonia. 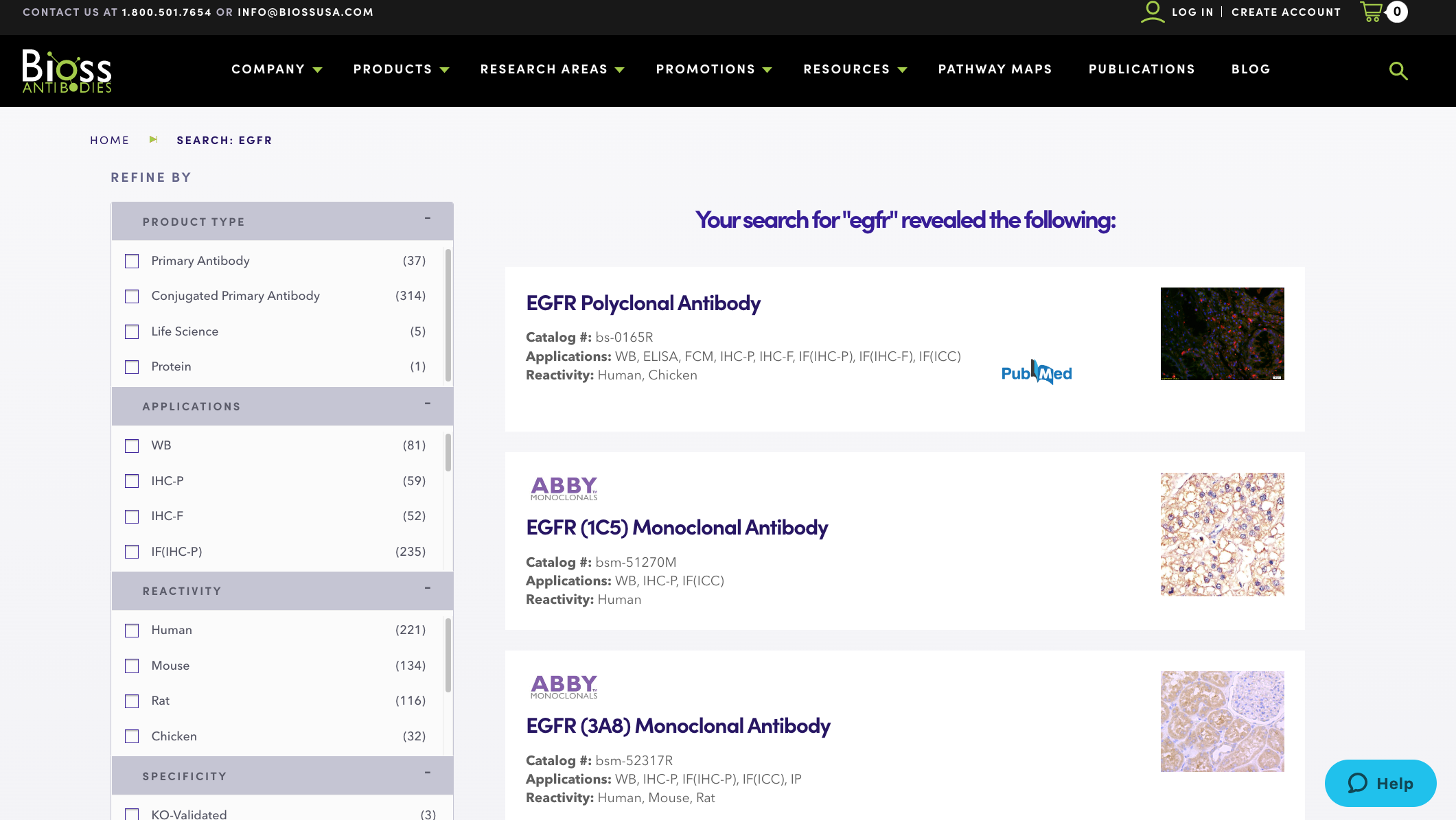 Clinical data published at the 2015 ASCO Annual Meeting indicated that MSI-H colon cancer has an effective rate of up to 62% using anti-PD-1 therapy, while non-MSI-H patients have a zero response rate. Similarly, clinical data released at the 2015 ESMO Annual Meeting showed that only one colon cancer patient gave a position response to PD-L1 inhibitor treatment out of 23 PD-L1-positive patients. More dramatic is that the only one patient later turned out to be an MSI-H mutation carrier. Therefore, PD-1/PD-L1 inhibitors are not applicable for colon cancer associated with MSI-H/dMMR and POLE mutations.

Uveal melanoma is the most common primary intraocular tumor. There is no standard treatment for advanced uveal melanoma. PD-1/PD-L1 inhibitors can significantly improve the survival of people with melanomas of the skin, but these treatments are much less effective against uveal melanoma. The 2016 ASCO annual meeting announced a set of retrospective studies on uveal melanoma. Of 58 patients who received PD-1 antibody Keytruda or PD-L1 antibody treatment, two patients showed a 30% decrease in size, and four displayed a “no change” for six months. The overall response rate is below 4%.

Multiple myeloma (MM) is still considered incurable. Since PD-L1 is highly expressed in most myeloma plasma cells, PD-L1 inhibitors are considered a standard of care for treating MM. However, the practice did not offer any clinical benefit to myeloma patients. The clinical data published at the 2014 ASH meeting showed that of 27 MM patients treated with PD-L1 inhibitors, none responded to the treatment and the response rate was zero. In 2017, Merck stopped the new patient’s enrollment on KEYNOTE-183 and KEYNOTE-185, two studies exploring KEYTRUDA treatment in combination with other therapies in MM. The reason for this suspension is the severe side effects. The treatment for MM caused higher mortality, indicating the poor clinical benefit of Keytruda for patients.