Winter is a great time to relax at home with some good science reads. Here are some of our favorites this season to expand your mind and get through the coldest months:

She Has Her Mother's Laugh: The Powers, Perversions, and Potential of Heredity By Carl Zimmer

As our understanding of genes, inheritance, and human health continues to advance, one question inevitably rises to the top of many minds: How do we become ourselves? In an attempted response, award-winning science writer Carl Zimmer dives into the captivating and contentious world of human heredity. From our grandparents to our cells, there are an untold number of factors at work in human development. Addressing scientists and laypersons alike, Zimmer attempts to define this field in the modern context but with keen understanding of an often muddled and dark history. 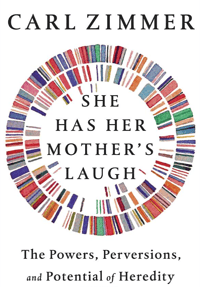 The Tangled Tree: A Radical New History of Life By David Quammen

Darwin’s theory of evolution may be the cornerstone of any high-school lesson on evolution. But the deceptive simplicity of this presentation may minimize the intricate mechanisms that drive genetic changes within and across species. In his expertly researched account, David Quammen explores the natural and human history surrounding horizontal gene transfer, a process which accounts for around eight percent of the human genome. Given the rapid development of gene editing technologies such as CRISPR, his book will resonate with researchers (or really anyone) intrigued by what the future holds for human genetics.

Educated: A Memoir By Tara Westover

A prescribed read by Barack Obama and Bill Gates, Westover’s captivating memoir chronicles her journey from rural Idaho, where she didn’t see the inside of a public school until age seventeen, to Cambridge University, where she would eventually go on to earn her doctorate degree. Her coming-of-age account demonstrates the power of education to open doors and opportunities as can nothing else. 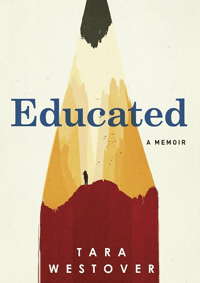 The Book of Why: The New Science of Cause and Effect By Judea Pearl

Correlation doesn't imply causation — but is that the whole story? In the world of computer science and artificial intelligence, the answer may be a bit more complicated. Judea Pearl, winner of the Turing Award (aka “the Nobel Prize of Computing”), discusses the power and limitations of big data, statistics, and computing in the context of causal inference, with potentially major implications for the fields of health, medicine, computing, and social science. 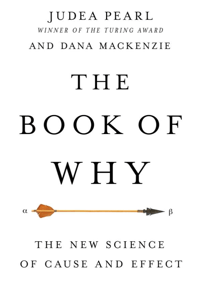 Women in Science: 50 Fearless Pioneers Who Changed the World By Rachel Ignotofsky

This illustrated New York Times bestseller highlights the contributions of women scientists throughout history with biographies, timelines, and more. Trailblazers such as Marie Curie, Rosalind Franklin, and Jane Goodall are featured alongside some of the instruments and technology they used in their breakthrough discoveries. A great gift idea for the STEM graduates in your life or anyone interested in learning more about these amazing women.

The Rise and Fall of the Dinosaurs: A New History of a Lost World By Steve Brusatte

The Washington Post calls it “a masterpiece of scientific writing” and Scientific American dubbed it “the ultimate dinosaur biography.” This new-told history of the most fearsome creatures to walk our planet is an epic saga. Brusatte’s personal expertise in the field of paleontology (he’s named fifteen new dinosaur species over his career) shines through as he provides a glimpse of the new technology and methods being used to uncover a once hidden world.

In physics and cosmology, there exists a predisposition for beautiful and simple mathematical descriptions of complex natural observations. And from a historical perspective, scientists have been able to respond accordingly with elegant theorems. But, as one reviewer of Hossenfelder’s book wrote, “All the easy science has been done.” Therefore, there is a need for new approaches, both experimentally and philosophically, to move this field of research forward. Featuring interviews from leaders in the physics community, Lost in Math seeks to analyze and redefine the underlying assumptions of modern physicists, with lasting implications for both the field and greater society.

Broad Band: The Untold Story of the Women Who Made the Internet By Claire Evans

The story of Silicon Valley and the creation of the Internet may be familiar — at least in part — to many who work in scientific or technological fields. But the histories most often highlighted often discount the work of women during this critical period of advancement. From the earliest days of computing to the most recent innovations, the impact of women on this field is profound, and Evans brings their stories to light in this eye-opening history.

What If?: Serious Scientific Answers to Absurd Hypothetical Questions By Randall Munroe

“What if I took a swim in a spent-nuclear-fuel pool?” “Could you build a jetpack using downward-firing machine guns?” “What if a Richter 15 earthquake hit New York City?” The legendary creator of the xkcd comic series answers these questions and more in his illustrated exploration of weird science. Don’t be fooled, however, by the seemingly goofy subject matter and hilarious cartoons. The book is well researched and creatively presented, meaning you might actually learn something as well. 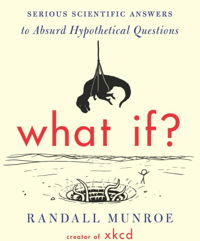